Yesterday was the official book release party for the second book of my memoir trilogy, Redemption. I was, unfortunately, not able to attend, due to some urgent business in San Francisco. But thinking about the party got me to thinking about the book itself and the events contained within it.

Redemption opens with the Supers interview. And though the interview itself took place more than seven years ago, I remember it like it was just last week. And what I remember most is the interviewer, an adorable brunette named KT.

As detailed in the book, KT and I became close, quickly. We spent an awful lot of time together. When we weren’t physically together, we were texting or talking on the phone. I’m sure I don’t need to explain it. Most people have experienced the sort of total, head-over-heels crush I developed.

I mean, come ON… can you blame me?

As also detailed in the book, my gaydar failed me utterly. KT, it turns out, was straight. 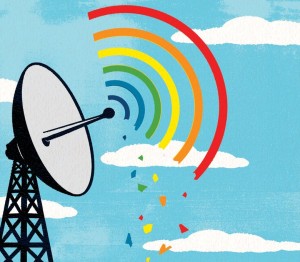 Naturally, this revelation happened in public. And naturally, I ran and hid, burying my head in the sand for a while. Our friendship was, of course, pretty ruined. And that was because of me, not her.

Did I ever get past that? Yes. It was KT who convinced me to do these books in the first place, in fact. And even though I haven’t seen her since she left San Francisco, we keep in touch. But we never recaptured that closeness we had for a while.

I’ve never trusted my instincts about someone’s sexuality since then, either. Unless I already know a girl is a lesbian, I’m going to assume she’s not.

Any similar experiences out there in interwebland?

No yesterdays are ever wasted for those who give themselves to today.~Brendan FrancisTweet