After my post about Veruca Salt, I got some questions about music in general… what bands I like, what instruments I play, and so on. So what the heck. Let’s talk about tunes.

When I was a little girl, my main exposure to music was whatever was on the radio. And since this was the mid-70s, that means my first musical love was, yes, disco. Maybe the less said about that, the better.

I liked to sing a lot when I was little, and I’m told I had a good voice. When I was eight, Dana bought me Donna Summer’s Bad Girls album. (Okay, 8-track tape.) 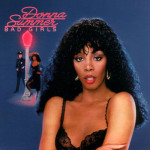 Because it’s appropriate to give a child an album with songs about hookers.

I think my favorite song on the album was “Sunset People,” which is interesting because it was later covered by E. G. Daily on her first album, Wild Child, which came out when I was in high school. I don’t remember how I came to get that album, but I really like it (even paying a bundle a few years ago to get a CD version of it from Japan). 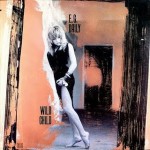 But when I got a little older, around eight or nine, my brother started playing some of his record collection for me. This would continue for many years, but when I was still a pre-teen, this was primarily The Beatles. In the years that followed, it included a lot of classic rock, as well as some really good pop music of the 70s. 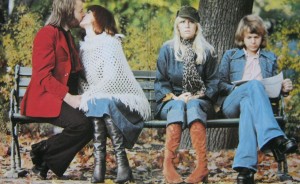 Moving on to the 80s, Dana and I would share music with each other as much as possible. We rarely disagreed about the music we liked. To be honest, there’s far too much to list. Chances are, if it’s considered great music today, we thought it was great music then. Dana, I think, spent half his income on music while he was in college, and I wasn’t exactly restrained when it came to buying it, myself.

Then, of course, there was a long stretch of time where Dana and I were estranged. Nearly fifteen years of not sharing music with each other. It was almost unbearable. And of course, during this time, I’d long since abandoned my goal of being a singer and had fixated on becoming… well… Dynamistress.

In the years since then, my tastes in music have expanded quite a bit. I got very much into the female singer/songwriter genre, such as Sarah McLachlan, Dar Williams, Suzanne Vega, Aimee Mann, and more.

Sarah McLachlan would also be my gateway drug into a genre of music that really overwhelmed me. She sang the vocals on a song called “Silence” by the band Delerium. Delerium is in the same genre as the probably better-known Enigma, though Delerium continually featured all sorts of amazing guest vocalists.

One of these guests was Jaël, who was the singer in the band Lunik, which recently broke up. She has an amazing voice, and Lunik is easily one of my favorite pop bands of all time.

Another Delerium vocalist is Kristy Thirsk, who was the singer for the band The Rose Chronicles. She has an incredible soprano voice, one that is very similar to that of someone most of you won’t even have heard of. I’m talking about the lead singer of the band Dynasonic. (Which actually sounds a fair bit like some music by The Rose Chronicles, in fact.) 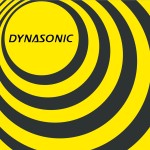 The name is not exactly a coincidence. Neither is the cover design.

One of these days, I’ll be writing a feature specifically about Dynasonic, which is sort of an exercise in frustration since you won’t be able to buy their music. And the reason why is complicated. For the story on that, you’ll need to read my books.

Obviously, I love music. Feel free to comment and share some of your favorite songs or artists!

Everybody has a world, and that world is completely hidden until we begin to inquire. As soon as we do, that entire world opens to us and yields itself. And you see how full and complex it is.~David GutersonTweet