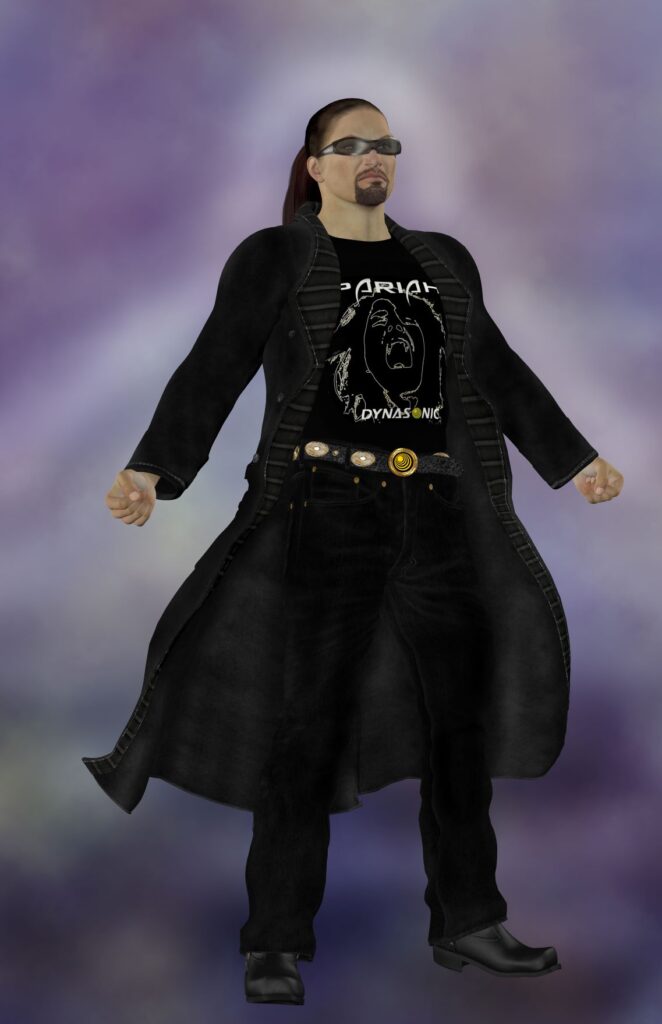 Liberator is a very powerful telepath.

Liberator is the brother of Dynasonic. He is an anonymous male telepath whose mission it is to free the enslaved telepaths under the control of The Overseer and remove him from power.

Little is known of the man, as he lives a life in the underground, even seeing his sister rarely.

We talked more about the situation in her world that we’d just touched on during my last visit: the large-scale telepathic monitoring of the entire society. Specifically, I wanted to find out her brother’s role in things, since she’d been somewhat cagey about it, before.

I learned that the network of female telepaths is controlled by one central figure (naturally), a telepath of tremendous ability referred to as “The Overseer.” A male telepath, which she’d previously told me didn’t exist. There’s always an exception to such “rules.” I put two and two together and didn’t like the answer I came up with. But I asked her straight out: was The Overseer her brother?

Turns out, he’s not. In fact, her Dana is sort of the opposite. He’s a wild card, an undiscovered male telepath, working in deep secret to undermine The Overseer and restore true autonomy to the society. As with most totalitarian states – even ones as “nice” as this one – there is an underground movement of “power to the people” types.

Naturally, I asked if he operated with a name like The Overseer did. Not officially, I was told, but when needed, he was referred to as Liberator. Fitting, I suppose.

Perhaps everything terrible is, in its deepest being, something helpless that wants help from us.~Rainer Maria RilkeTweet